WELCOME
It has been a very eventful year. An exceptional group of people came together to do a photoshoot for the new albums and we welcomed some very talented new media people to the Lynne Taylor Donovan team.

Success in England and Europe sparked sales increases and Lynne's involvement with the UK Country Music Awards was a major first. 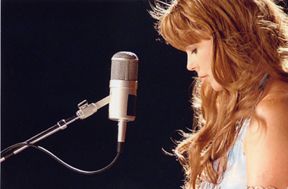 To say that Lynne Taylor Donovan has an amazing voice is a gross understatement. Donovan is an unusually strong vocalist, regardless of genre. Her voice is unwavering and her phrasing is absolutely impeccable. Straddling the line between pop and country, her performances always ring true whether it’s the soaring, rock-flavored “Sugar Lake” and “Why Be Blue” or the catchy “Soft Place”, the down-home rave-ups “Turn To Stone” and  “Lies” or the hushed heart-breakers, “(Never Thought I’d) Make It On My Own”, “Silence Says It All” and "Tennessee Whiskey".

Donovan is also one of the few artists who produce an output of consistently excellent material.  She’s also that rare breed that can gravitate successfully between serious subject matter and more lightweight fare with relative ease.

Donovan proves herself to be an artist that, though country at heart, her music can sometimes be hard to put in a single category. She makes music that rises above the others and doesn’t get trapped. She sings with such fierce certainty and gentle poignancy, that she makes every song sound much more important. And a lot of it is.

How does one sum her up Lynne Taylor Donovan? Her voice is incredible; she’s even leagues beyond some of her so-called peers. She sings songs that matter, over and above the average cookie-cutter country tune. Needless to say both the album, “Talk To Me”, and the latest single "Tennessee Whiskey" make a great listen!