AM I DREAMING - Radio/TV Shows and Chart Links

WORLD TRADITIONAL COUNTRY CHART TOP 40 - JUNE 14,2016
This chart also shows where an 'artist' stands in over-all airplay in the TOP 200 Chart followed by where a particular 'song' stands in the TOP 40.
CMC (Country Music Channel) Australia 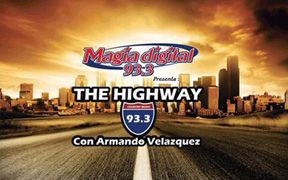 THE HIGHWAY airs at 7 to 9 pm PST from Chihuahua City, Mexico. This is Mexico's best country station and it can be heard as far north as Austin, Texas as well as streaming on-line.
NBRN-Nashville
Radio station in Nashville with re-broadcast sites around the U.S. and into Germany.
CBC Stingray Radio
Request a Lynne song in "Hitlist". Just scroll down to the bottom of the page. The distributor section is your cable provider.
Hot'n'Gold Radio London


FRIENDS and S
Budget Car and Truck
Budget is Lynne's vehicle supplier of choice. They support Lynne on all her tours, both in Canada and overseas.
Greenhouse Studios
Lynne's favorite recording studio where she recorded the "Talk To Me" CD and shot some of the scenes for the "Turn To Stone" video.

Erica Ehm
Erica and Lynne co-wrote many of the songs on the "Talk To Me" CD and she has become a good friend.

Watch the full length Turn To Stone video on Vimeo. This is the directors cut of the video and is the full length version of the song. The airplay version for radio is 40 seconds shorter.